Adapting to New Atlantic Worlds: Patterns in the Origins and Experiences of Enslaved and Free Africans Symposium at the Annual Meeting of the Canadian Association of African Studies at Carleton University, Ottawa, May 1-3, 2013

This symposium focused on the patterns of coerced and voluntary migration shaping the distribution of Africans in the Atlantic world in the eighteenth and nineteenth centuries. This included analysis of the origins and identities of enslaved Africans forcibly relocated to destinations in Brazil, Cuba and Sierra Leone through the actions of slave traders, as well as abolitionists attempting to stem the outward flow of Africans in the Atlantic slave trade in the early nineteenth century. The symposium examined the impact of slave trade suppression policies on the forced relocation of Liberated Africans to Brazil, Cuba and Sierra Leone after 1808. Kru labor migration was an outgrowth of the Liberated African settlement, tied to the labor needs of Sierra Leone and the emerging diaspora that developed as Liberated Africans moved around the Atlantic world. 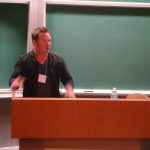 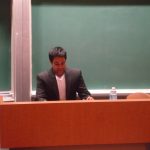 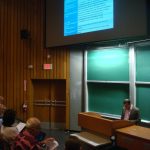